This 2010 novel is the sixth outing for Sheriff Walt Longmire, the hero of author Craig Johnson’s scintillating adventures. And, quite possibly, this is the finest of the tales in the series to date. 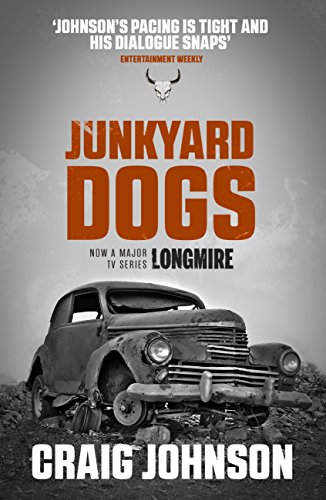 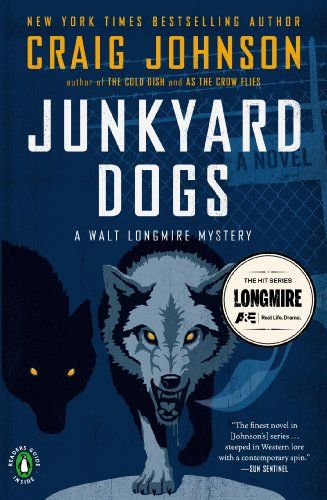 It begins with Longmire attending an accident on the road near to the Durant junkyard, home of the notorious Stewart family. This incident is the catalyst for a sequence of events that lead to the discovery at the junkyard of a human thumb. Local rivalries and disputes ensure that events quickly propel us into another thrilling mystery for Longmire and his small team of overworked deputies to investigate.

Mr Johnson captures and conveys the personality of his creations with so few words. He has an eye (ear?) for language and how each character speaks, this helps to make them really come alive on the page. The clever pacing of the dialogue and conversation between the characters in the first few pages of this book is a true delight to read. The first chapter showcases the writer at his best; it is wonderfully comic, beautifully tragic and thoroughly entertaining. So much so that I read it three times. I also read it aloud to my wife – it was her first foray into Absaroka County, Wyoming and, I think, she enjoyed her brief stay among the mountains, high plains and the snow. However, I suspect that my voicing of the characters would have made the author shiver as if he were caught unprepared in a winter storm.

Not that the delight ends there. Far from it. This is a cracking adventure filled with enough mystery, misdirection and murder to satisfy the most demanding of crime fiction aficionados. Mr Johnson is proving to be an accomplished writer able to lead the reader along one path when they should really be travelling another route. It is this “tricksiness”, along with the brilliantly rendered characters and their relationships with one another, that helps to cement the Longmire books among the leading thrillers and crime novels of today.

The modern day setting married with the romance of the “wild west” style action has been a brilliant combination from the opening pages of “The Cold Dish”, the first in this award-winning series. Our sheriff is someone we look up to and of whom we expect much. He is like the heroes from those old Westerns you’d watch on TV during a wet afternoon; he’s tough to put down, honest, resilient, resourceful and courageous but he is also like us. He questions his relationships with his daughter and with his colleagues, he has doubts about his qualities as a romantic partner and he wonders if age has finally bettered him. It is because of Longmire’s doubts, as much as for his abilities, that the reader really feels for him and we root for him with every turn of the page.

This is an intriguing mystery with plenty of tension and lots of action. It has interesting characters whom we feel invested in and with whom we enjoy spending time. The dialogue is smart and snappy – it engages and delights yet never feels strained or overworked – and adds depth to the narrative prose and to the locations that the author describes so wonderfully. It has emotion and humour in abundance. In short, it has pretty much everything you could wish for in a novel.

Why not take a trip to the world of Sheriff Walt Longmire? I’m sure that you’d not be disappointed.

Go on, turn the pages into Absaroka County, Wyoming. Slip into the warmth of your Carhartt coat and feel the cold wind on your face as it knifes down from the mountains. Listen to the snow creaking under your boots and watch as your breath freezes on the air. Stand by the side of the icy road as the Bullet powers past with Longmire behind the wheel and Dog riding shotgun beside him, his large eyes fixed on you as they head off into book seven, “Hell Is Empty”.

And, if you get the chance, say hello to the Sheriff from me.