Book five in this entertaining, terrific series sees Sheriff Walt Longmire go undercover in a neighbouring county. Longmire is taken away from his hometown in this tale and is a stranger in a, slightly, familiar town. Removed from his regular backups, deputies Victoria Moretti and Santiago Saizarbitoria, the sheriff is left alone to find a murderer. 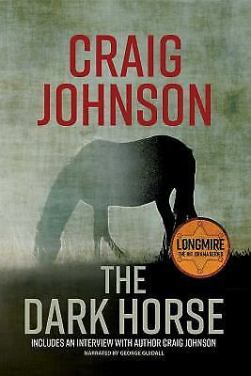 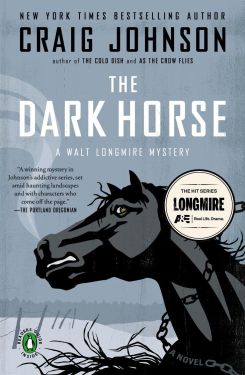 Wade Barsad has been found dead at his ranch with six bullets in his head. His wife, Mary, claims to have shot her husband in retaliation after he burnt her horses alive in the barn. But our sheriff doesn’t believe Mary’s confession and sets out to discover the truth. Posing as an insurance claims investigator, Longmire soon discovers that the entire population of the town had reasons for wanting Wade dead. And the townsfolk are not keen on Walt asking too many questions; especially a ranch hand with a fondness for whiskey and fighting.

I feel that with this tale and with “Another Man’s Moccasins”, the preceding novel in the series, author Craig Johnson has been experimenting with different ways to construct and reveal his stories. And, for me, both tales have worked really well.

The story unfolds along two timelines. In this respect, it is similar to “Another Man’s Moccasins”. However, while that book had timelines separated by decades, this new novel is split between the present day of Walt’s current investigation and events in the week leading up to him going undercover. It is a simple yet clever concept that allows the plot to build and develop, easily pulling the reader deeper into the mystery, while gradually allowing the reasons and motivations for Longmire’s actions to be revealed. And, as with most things, it is a simple yet incredibly effective method.

Five books into the series and we are now becoming accustomed to the way in which Mr Johnson is able to create living, breathing and truly believable characters. From villains to victims, he breathes life and vitality into his creations and each one arrives, fully formed and fantastic, in the lines on the pages. Once again, we witness the growth and development, not only of Longmire but of his wider team. And it is satisfying to discover more of the history and the bond between our sheriff and his longtime friend, Henry Standing Bear. Also, his relationship with Vic continues to develop, adding an enjoyable ingredient to these tales. Of course, it almost goes without saying that a major part of our enjoyment is in witnessing Vic’s caustic and course comments in answer to most of Longmire’s questions.

But, it is with each new tale that the author is rewarding us with his ingenuity in crafting murders and mysteries for Longmire to solve. The plots are a delight to become lost in and it is a joy to be swept along with them. The resolution of each case is a delightful end to a thrilling and entertaining ride. In this particular read, the author continues to surprise and delight us with his misdirection and guile in crafting a pulsating tale. The storytelling is captivating and the action, like the Wyoming weather, is unrelenting and hard hitting. The climax of this book is almost cinematic in its telling and captures the majesty and danger of the west. Reading it was almost like having a movie play in my mind as the action unfolded.

There is a passage in this book where our concern for Longmire develops and grows as we fear for him and what is about to occur next. Our sense of dread continues to build before the author pulls us abruptly away and subverts our expectations with a revelation that is unexpected and heartbreaking. It is not only with the mystery and crime elements that the author misguides you. He does it in many subtle ways that make each new Longmire adventure a journey we are pleased to have been on.

Previous books have seen Longmire suffer injuries and still carry on. In “The Dark Horse”, we see just how tough and resilient he can be as the author continues to abuse him terribly. It is terrible for Longmire but it is oh so incredibly enjoyable for the reader.

I hope that Mr Johnson continues to inflict injuries on Longmire for a long time to come and, rest assured, I’ll be alongside the Sheriff as each new blow lands.