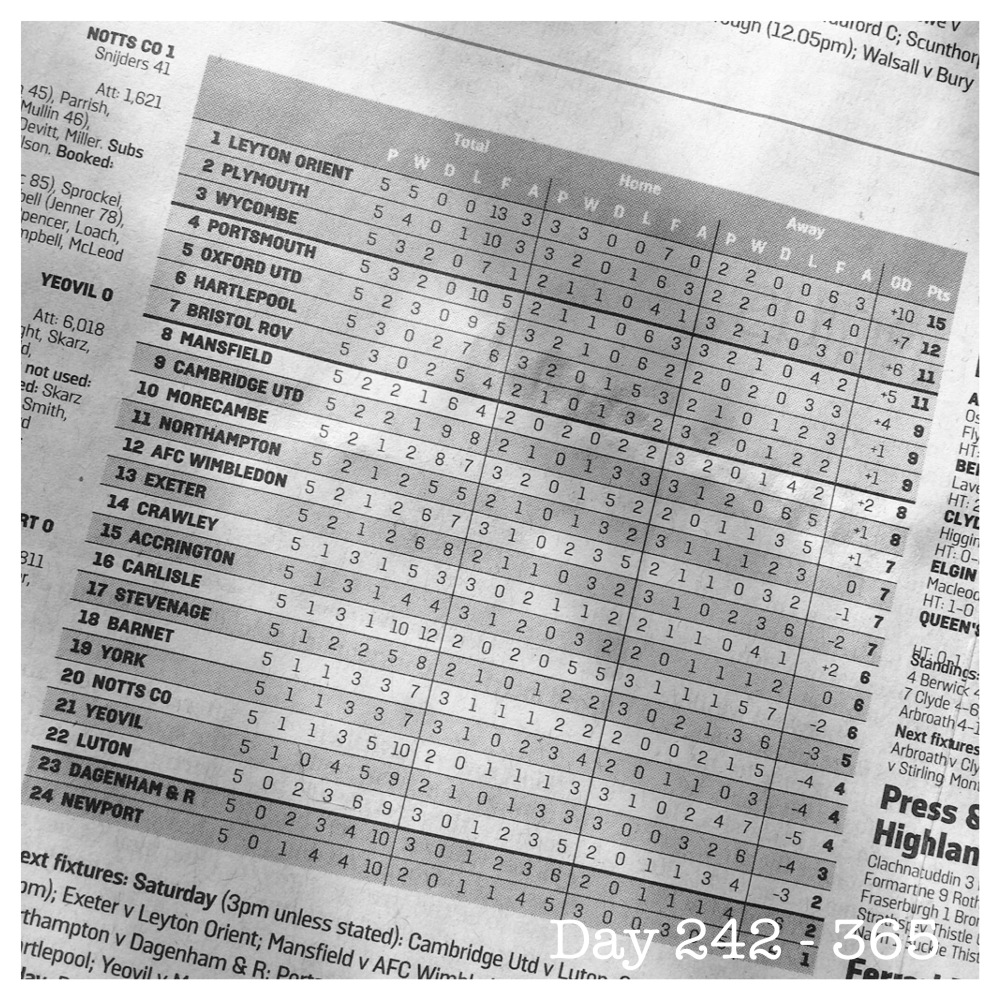 My great friend Steve is a Leyton Orient fan. yes, I know, I was stunned that such folk existed too.

Anyway, I have known him for many years and he is a sound chap. Last season his beloved O’s were relegated just a year after competing in the Play Offs for the chance to get out of League One. Well, they achieved it last season, regrettably going the wrong way and falling into League Two. So, it is with huge satisfaction that today’s league table shows them proudly at the top. Long may it last.