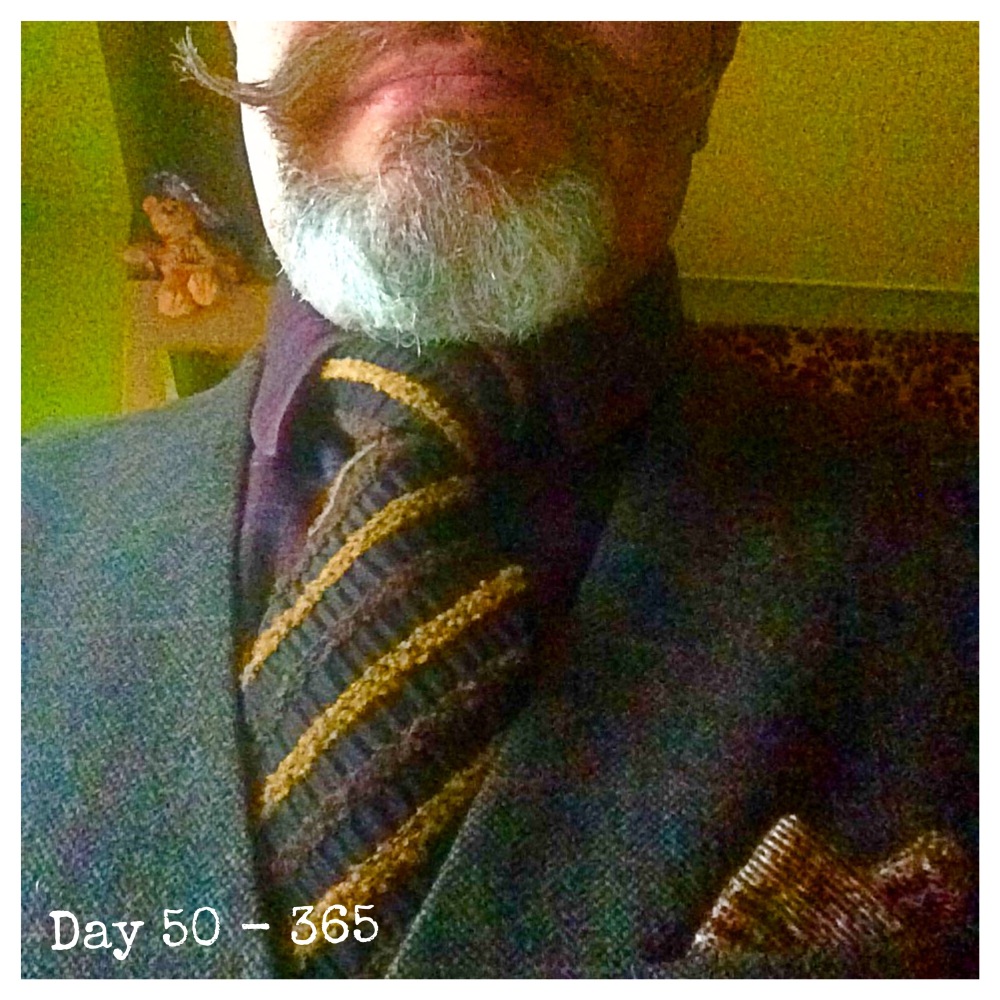 Fifty up. If I were an England opening batsman I’d be walking to the middle of the wicket, removing my helmet and raising my bat into the air. I would then turn to each side of Lord’s and point my bat towards the fans in the stand by way of salute.

That’s what I’d do if I were opening the innings for England and had just scored 50 runs at the crease. But, I haven’t. Although I have reached image 50 in my “365” project.

So, instead of a magnificent image of me in crisp, clean cricket whites batting England to an Ashes win over Australia, you have this one of me in a brown(ish) woolly tie and a waistcoat.