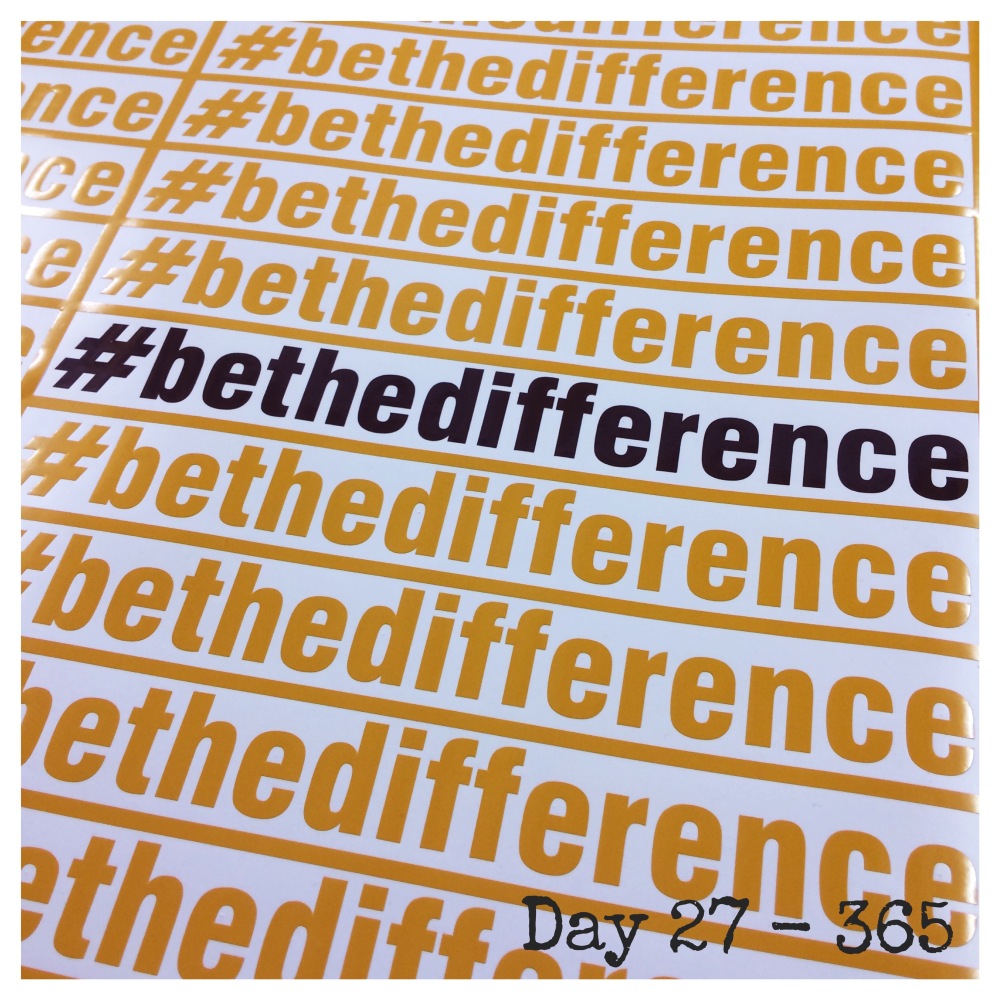 Here we have repeated sets of the Twitter hashtag “#bethedifference“. One is already on my van, and it looks smashing too.

This is the rallying call recently used to emphatic effect by my club, Bradford City, in the build up to our recent Third Round replay against Millwall FC in the FA Cup. As the original tie at Millwall’s New Den had finished in a 3-3 draw, both teams knew the opponent waiting for them in the Fourth Round; namely Chelsea. For both Millwall and City, especially City, the rewards for playing at a packed Premiership stadium could ensure their financial security for the rest of this season and beyond.

So, with the prize at stake being so lucrative, Bradford City came up with that hashtag to encourage all fans to attend the replay and to play their part in roaring our boys to victory. And what an atmosphere we generated. An atmosphere that helped the team to destroy their higher league opponents and record a 4-0 win at Valley Parade.