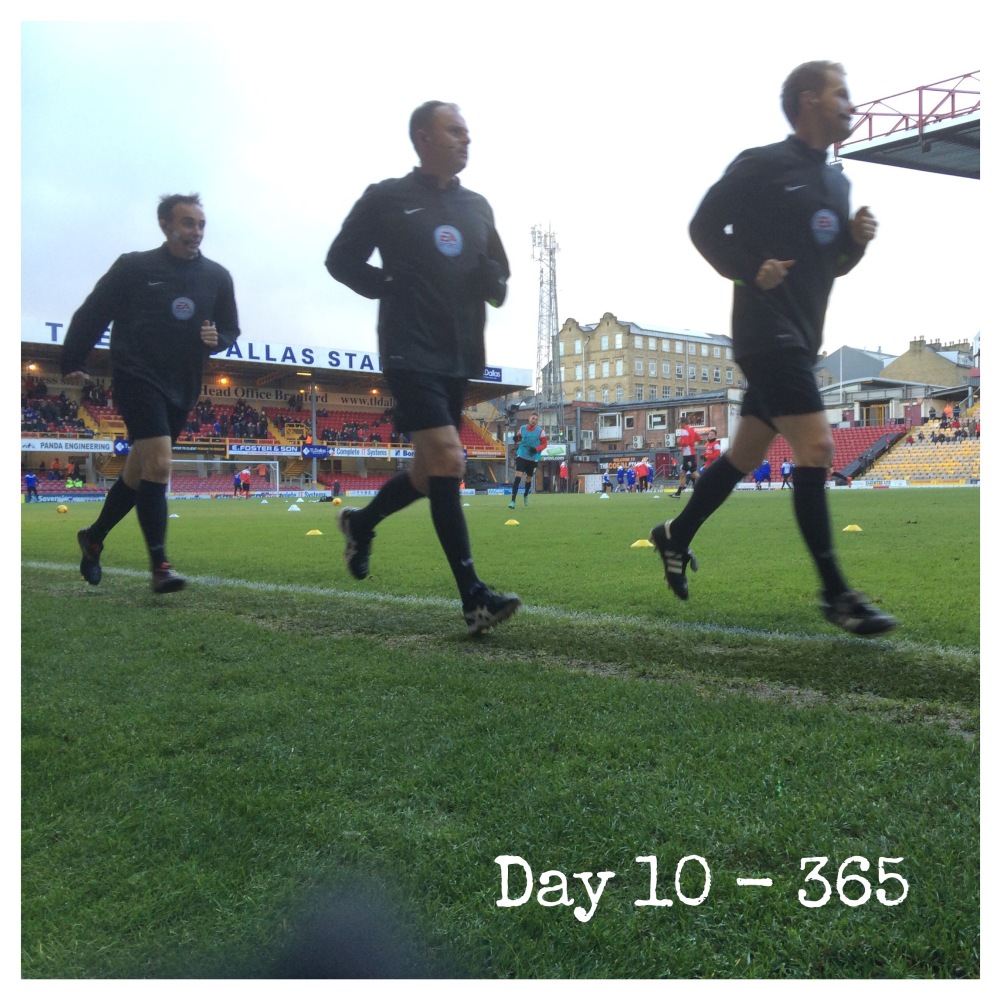 Be afraid of the man on the right of this photo. Be very afraid.

Well, if you are a fan of any football team in the professional leagues in England, be afraid. His name is Gavin Ward and he was the referee today at Valley Parade as my beloved Bradford City played hosts to Rochdale in League One.

His performance was, I believe, the worst I have ever seen from an official at a match since I started following football.

Now, bear in mind I have been a City fan since 1980 and go to every home league match and an average of six away games each season. So that’s 23 home games each year for 34 years. Now, baring the odd match missed due to holiday or illness, that’s a total of around 780 plus home matches. Add around 200 away games to that. Then add in cup games, home and away, in three competitions each season – that must be about 3 or 4 each season depending on our success or if City get drawn at Valley Parade. So, let’s guess at around 20 – 30 over the 34 years. Oh, and there was playoff games, and Wembley appearances too. Another 10 matches or so? Now add youth games, pre-season friendlies, testimonials and charity matches. Oh, and the occasional game that does not involve City.

If I am being very conservative, I can easily claim to have been to well over 1,000 professional football matches.

Did I mention I have a TV? And Sky too? And that football is shown nearly every day? No? Well I have and it is. And I watch some, not all but a fair few, of them.

And each of these matches was officiated by a referee. A referee and his linesmen. Or, as they are now known, “assistant referees”. Although, from what I heard them being called today from many of those at Valley Parade, they seem to have other, less flattering, names.

And out of all those many matches and various different officials, Gavin Ward was comfortably the very worst I have ever had the misfortune to witness.