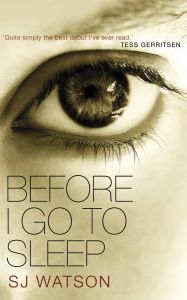 I have wanted to read this story for a little while now but simply haven’t got around to it.

My wife and I celebrate our 26th wedding anniversary visit next week and are planning to see the film (it’s released on Friday 5th September). As the film stars my favourite actress Nicole Kidman (interestingly, Kidman is married to Keith Urban, a rather splendid country singer who I also like), this has prompted me to crack on with reading the book by S.J Watson.

So I had a dilemma. See the film first. Or, read the book first.

As we all know, the book is nearly always better than the film version. However, not all books that are turned into films star the delightful Ms. Kidman.

I’m rather envious of S.J. – he rocks the shaved head and Eric Morecambe specs look far, far better than I did when I used to shave my head. Also, as Nicole stars in the film of his book, I’m assuming he has met her. Lucky, lucky, lucky chap. The best I can do is The Six Degrees of Kevin Bacon thing. I’m 4 degrees as it turns out. (Or, do I count myself and it’s therefore 5?)

Intrigued? Well, it’s like this: my best mate, Nick, once lived in the same house as Max Beesley. Mr. Beesley is, or at least was at that point in time, best friends with Robbie Williams and the cheeky pop/rock maestro and former (current? who knows?) Take That star once performed “Something Stupid” with the divine Ms. K. 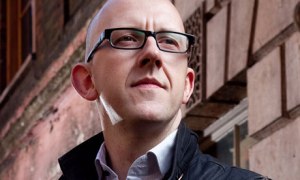 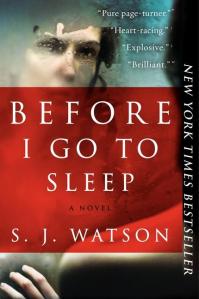