It’s 0800 on Monday 31st December. This time tomorrow we will be in a New Year. Or, Tuesday, if you prefer.

EIther way, as 2018 draws to a close, I find that I have read 42 books this year. Not a huge number by any means – being part of GoodReads, I am aware of some folks who have read hundreds of books in the last twelve months – but, it is my total for the year. And, I have thoroughly enjoyed reading each of those 42 books. Each has been a delight and a treat in their own separate way.

Although I do not go in for “competitive reading”, I do intend to try and beat that total during the coming twelve months; there are simply so many books that I want to read and the years are passing by so quickly.

As both the start and end of each year seem to delight in list-making, here are my “Top 6 Reads of 2018*”.  These are my reads of 2018, not necessarily books published this year. And, you may ask, why a Top 6 and not a Top 5 or 10? Well, firstly, it’s my list. So, there. But, truthfully, I could not include one of these titles without reference to one which got me into that particular author’s work.

*They are shown in no particular order and the omission of the other 36 books in no way lessens the enjoyment they gave me. It’s just that you cannot fit 42 books into a list of six.

My reviews of these books, and others, can be found here. 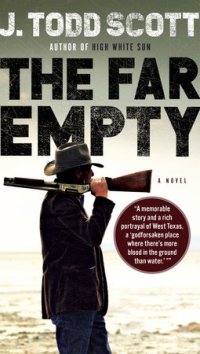 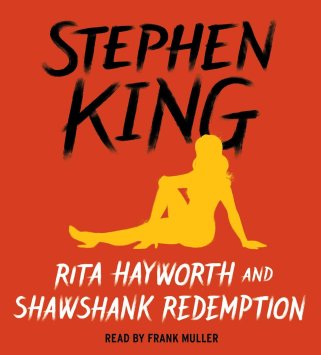 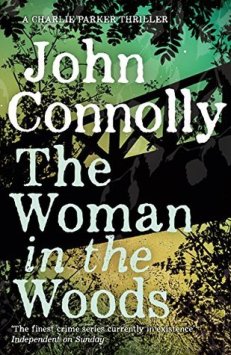 The Woman in the Woods by John Connolly

The release of a new Charlie Parker novel is a date eagerly anticipated in my calendar each year.  And, the 16th title in the Dublin based author’s excellent series did not disappoint. Each new Parker book is excellent as a standalone but, John Connolly is masterful in the way he weaves a sinister web around our hero that builds magnificently with every new instalment. Sinister, dark. Brilliant. Highly recommended.

The Western Star by Craig Johnson

I was simply blown away by this book. Released in 2017, the thirteenth title of Craig Johnson’s Longmire books, this is, in my opinion, the standout read of a standout series. A terrific tale revealed in a “split-time frame” manner – part of the story set in the present and part in Longmire’s past – this is a real page-turner and a magnificently enjoyable mystery/adventure. An absolute gem.

I struggled mightily with the first few chapters and very nearly gave up on this book. Thankfully, I didn’t cast it onto the reject pile. After those initial reluctant chapters, this story exploded into one of the most original, enjoyable and compelling reads of my year. I would have been a fool to have discarded this book. After just two novels to date, J. Todd Scott is firmly on my list of must-read authors. Do not miss.

City of Sinners by A.A. Dhand

Book three from the Bradford based author. One and two were good, three shows Mr Dhand really getting into his stride as a writer. His hero, Harry Virdee, grows more complex and, yet, easier to understand, with each new book. A small cast of beguiling central characters adds magnificently to the fiendish plots that the author pens. Overriding everything, though, is the dark and menacing presence of the streets of Bradford. Gritty, Northern noir at its finest. By heck, it’s grand!

Rita Hayworth and the Shawshank Redemption by Stephen King

Mr King can, in my mind, do little wrong. His recent stories have been “must reads’ for me. However, due to my research into Margarita Carmen Cansino (Rita Hayworth) for my own novel, I was eager to delve into this 1982 release from the master. You may have seen the film – excellent as it is – but the book is wonderful. Characterisation and pacing are sublime, the phrasing and plotting carry you along on a cracking yarn. Brilliance from the master.

The Cold Dish by Craig Johnson

It was only in August of this year that I met Sheriff Walt Longmire. Others have had the pleasure of his company since 2006 when this story was first published. I made up for these lost years by devouring all of Mr Johnson’s catalogue of Longmire tales inside of two months. I do not recall ever reading a series of books that had me so entranced and rapt. This series was a total joy to discover. The doorway to a world of delight.

So, as 2019 beckons, why not add one – or all six – of these titles to your list of books you resolve to read in the new year?