I zipped through this, the third Harry Virdee novel, in just a matter of days. Around two and a half, I think. And, at 0232 hours this morning, I came to the end of this whirlwind paced, adrenaline fuelled, terrific bobby-dazzler of a read.

For such a clean cut, well presented, eloquent and charming chap, Mr Dhand writes the most frenetic, twisty and action-packed of crime thrillers. His books are dark and edgy and take the reader to the most desperate parts of Harry’s Gotham, ad Mr Dhand’s hometown of Bradford. If I was Mrs D, I’d keep an eye on him and maybe cut back on allowing him to have too many fizzy drinks. 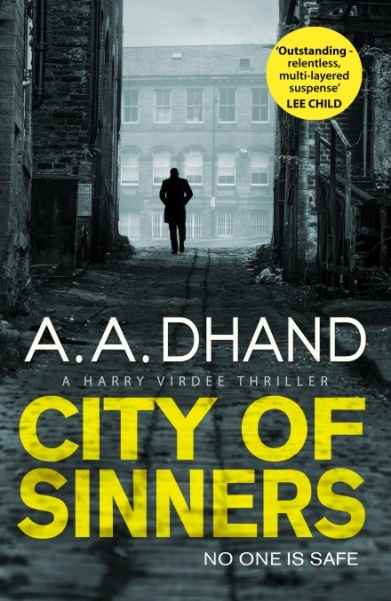 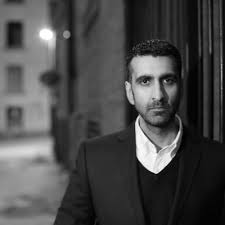 I have had the great pleasure of attending several (well, more than several actually, watch out AA, stalker alert!!) literary occasions where the author has described his methods and ideas about crime thriller writing. At these events, he has also revealed some of the personal experiences which have shaped him as a man, as a husband and a father and which he has used as inspiration for his novels. It is, therefore, especially rewarding to read how he has woven these personal stories and memories into the lives of Harry, Ronnie and Saima.

It is partly thanks to this “personalisation” and attention to the little details, that lifts Harry Virdee, fully formed and lifelike off the page and bursting into the reader’s head. It is also what helps elevate the series from being simply generic “cop chases bad guys” crime stories into something richer, fuller and, ultimately, hugely satisfying.

In addition to these glimpses into his own past, the other things that make these tales so fabulous to dive into are the plots themselves. On his book tours, Mr Dhand describes his desire to keep readers eagerly turning and devouring the pages by writing short chapters that propel the plot at a breakneck pace and to switch the action between the characters. Well, Mr D…with “City of Sinners”, that’s a big tick in that particular box. The author ratchets up the tension quickly – almost effortlessly – and keeps the reader enthralled and gripped right until the end.

One of the most pleasing aspects of the series has been the relationships between Harry and his family. Harry’s wife, Saima, really comes into her own in this third book and we get to see much more of the woman Harry married, and whom he lost his family for. Always a significant character, especially in the dynamics between Harry and his father, the author has allowed Saima to develop into a truly appealing and absorbing central character. She has now blossomed and is becoming as forceful and dominant as Harry himself. Her presence and influence can be felt throughout the book.

One of the most rewarding things about a Virdee novel is the opportunity to spend time inside Harry’s “Gotham” and to walk the dark streets of Bradford alongside our hero. As a regular visitor Bradford, and as someone with longstanding family connections to the area, I thoroughly enjoy Mr Dhand’s gritty, yet passionate and compassionate, descriptions of the city. I get a lot of pleasure from recognising and being able to accurately envisage, the scenes that I am reading.

If you haven’t yet wandered into the author’s vision of Bradford yet, pick up book one, “Streets of Darkness” and let Mr Dhand guide you through them in the, relatively, safe company of Harry Virdee.

You’ll enjoy the trip. You’ll be scared, but you’ll have a great time looking over your shoulder at the movements from the shadows.